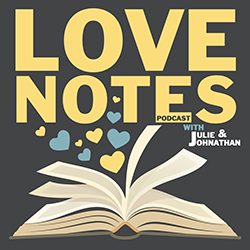 Johnathan McClain’s career as a writer and actor spans 25 years and covers the worlds of theatre, film, and television. At the age of 21, Johnathan moved to Chicago where he wrote and began performing his critically acclaimed one-man show, Like It Is. The Chicago Reader proclaimed, “If we’re ever to return to a day when theatre matters, we’ll need a few hundred more artists with McClain’s vision and courage.” On the heels of its critical and commercial success, the show subsequently moved to New York where Johnathan was compared favorably to solo performance visionaries such as Eric Bogosian, John Leguizamo, and Anna Deavere Smith.

Johnathan lived for many years in New York, and his work there includes appearing Off-Broadway in the original cast of Jonathan Tolins’ The Last Sunday In June at The Century Center, as well as at Lincoln Center Theatre and with the Lincoln Center Director’s Lab. Around the country, he has been seen on stage at South Coast Repertory, The American Conservatory Theatre, Florida Stage, Paper Mill Playhouse, and the National Jewish Theatre. Los Angeles stage credits are numerous and include the LA Weekly Award nominated world premiere of Cold/Tender at The Theatre @ Boston Court and the LA Times’ Critic’s Choice production of The Glass Menagerie at The Colony Theatre for which Johnathan received a Garland Award for his portrayal of Jim O’Connor.

On television, he appeared in a notable turn as Megan Draper’s LA agent, Alan Silver, on the final season of AMC’s critically acclaimed drama Mad Men, and as the lead of the TV Land comedy series, Retired at 35, starring alongside Hollywood icons George Segal and Jessica Walter. He has also had Series Regular roles on The Bad Girl’s Guide starring Jenny McCarthy and Jessica Simpson’s sitcom pilot for ABC. His additional television work includes recurring roles on the CBS drama SEAL TEAM and Fox’s long-running 24, as well as appearances on Grey’s Anatomy, NCIS: Los Angeles, Trial and Error, The Exorcist, Major Crimes, The Glades, Scoundrels, Medium, CSI, Law & Order: SVU, Without a Trace, CSI: Miami,and Happy Family with John Larroquette and Christine Baranski, amongst others. On film, he appeared in the Academy Award nominated Far from Heaven and several independent features.

As an audiobook narrator, he has recorded almost 100 titles. Favorites include the Audie Award winning Illuminae by Amie Kaufman and Jay Kristoff and The Last Days of Night, by Academy Winning Screenwriter Graham Moore (who is also Johnathan’s close friend and occasional collaborator). As well as multiple titles by his dear friend and writing partner, JA Huss, with whom he is hard at work making the world a little more romantic.

He lives in Los Angeles with his wife Laura.

JA Huss never wanted to be a writer and she still dreams of that elusive career as an astronaut. She originally went to school to become an equine veterinarian but soon figured out they keep horrible hours and decided to go to grad school instead. That Ph.D wasn’t all it was cracked up to be (and she really sucked at the whole scientist thing), so she dropped out and got a M.S. in forensic toxicology just to get the whole thing over with as soon as possible.

After graduation she got a job with the state of Colorado as their one and only hog farm inspector and spent her days wandering the Eastern Plains shooting the shit with farmers. After a few years of that, she got bored. And since she was a homeschool mom and actually does love science, she decided to write science textbooks and make online classes for other homeschool moms. She wrote more than two hundred of those workbooks and was the number one publisher at the online homeschool store many times, but eventually she covered every science topic she could think of and ran out of shit to say.

So in 2012 she decided to write fiction instead. That year she released her first three books and started a career that would make her a New York Times bestseller and land her on the USA Today Bestseller’s List eighteen times in the next three years. Her books have sold millions of copies all over the world, the audio version of her semi-autobiographical book, Eighteen, was nominated for a Voice Arts Award and an Audie award in 2016 and 2017 respectively, her audiobook Mr. Perfect was nominated for a Voice Arts Award in 2017, and her book, Taking Turns, was nominated for an Audie Award in 2018. Johnathan McClain is her first (and only) writing partner and even though they are worlds apart in just about every way imaginable, it works.

She lives on a ranch in Central Colorado with her family.